The History of Dental Innovations 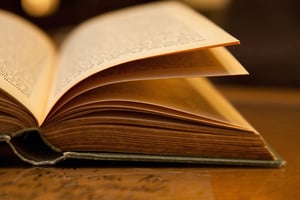 Modern dentistry has come a long way since its inception in the ancient world. The first records of dental history indicate that ancient Sumerians believed their tooth decay and pain were the result of “tooth worms.” This belief was obviously a result of their lack of education and knowledge with regard to oral health. The first “dentist” on record was Hesy-Re, an Egyptian scribe who lived in 2600 BC. His gravestone inscription indicated his professional knowledge of teeth. It said, “the greatest of those who deal with teeth.” Dental care, knowledge and the practice of dentistry continued to evolve from there …

Dentistry in the 18th Century

The first appearance of what is considered modern dentistry didn’t come about until 1723, when Pierre Fauchard, who is considered by many to be the Father of Modern Dentistry was practicing. The year 1790 included two major dental innovations when the dentist chair was invented by Josiah Flagg and the dental drill, powered by a treadle spinning wheel controlled by a foot, was devised by John Greenwood. The discovery of the X-rays was accredited to German physicist Wilhelm Roentgen in 1895 and is of course vital to modern dentistry, especially as it relates to oral surgery.

Dentistry in the 19th Century

The 19th century brought many innovations to the dental industry that moved the practice of dentistry closer to its current state. For example, Dr. William Morton revolutionized the industry when he devised a way to use anesthetic for dental surgeries in the 1840s. The impact of this one innovation — even today in modern dentistry — is immense. Imagine having a wisdom-tooth extraction without the aid of anesthesia! Then, in 1859, the American Dental Association was founded to classify professional dentists as a group and further substantiate the worth of dental professionals in general.

Dentistry in the 20th Century

Novocaine was first utilized after Alfred Einhorn, a German chemist, discovered it could be used as a new anesthetic for dental care in 1905. In 1937, both Alvin Strock and Charles Venable were accredited with utilizing vitallim, which is a biocompatible metal, for the creation of various dental materials, such as a vitallim dental screw. This proved to be a vital step toward the development of implant dentistry and oral surgery in subsequent years. In 1949, Oskar Hagger, who was a Swiss chemist, developed the first bonding system designed to adhere acrylic resin to dentin. Rafael Bowen later developed composite resins designed for dental restorations in 1962. In addition, the fully reclining dental chair was introduced to the profession in 1958 and vastly improved patient care.

Oral Care throughout the Ages

Of course, throughout history, the use of toothbrushes and toothpaste also improved. The first tube of toothpaste became available to the public in the 1880s but didn’t resemble what is used today as it was a metal tube full of either powder or a liquid, not "paste". However, the innovation sparked renewed attention toward oral health. Nylon toothbrushes become available in 1938, and the first fluoride toothpaste came out in the 1950s.

The above history is just a brief look at how far the dental industry has come since its beginning. From “tooth worms” to the innovative, technologically advanced way oral care is handled today is — thankfully — vastly improved. However, it is fun to look back and see the journey the industry has come through to arrive where it is today.

Visit our website for more information and news on dentistry and oral surgery related topics.